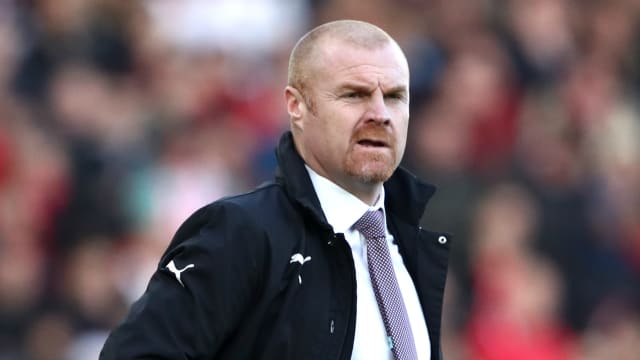 Burnley manager Sean Dyche accused Arsenal's players of diving after his side lost 3-1 at Emirates Stadium, scathingly saying: "Millions of children see it."

Goals in either half from Premier League leading scorer Pierre-Emerick Aubameyang left Burnley with little hope of picking up a point towards their fight against relegation, although Ashley Barnes gave them a glimmer of hope when he pulled one back 27 minutes from the end.

The Clarets pushed for an equaliser, but a late strike from Alex Iwobi knocked the stuffing out of the visitors, and Dyche claimed the Arsenal substitute scored from an offside position.

"We could have got something out of the game. Their final goal was marginally offside," Dyche told reporters before firing accusations at Unai Emery's players over diving.

"Two dives," said the Burnley boss. "No-one seems to want to do anything about diving apart from me. Millions of children see it.

"Diving's not for me but gamesmanship is different. What I don't like is when you're touched on the arm and your feet go from beneath you. I thought it was incredibly bad at the World Cup."

Emery refused to get dragged into an argument about diving, opting to politely disagree with Dyche's accusations while calling for respect for the referee's decisions.

"The most important thing is the victory," said the Arsenal coach.

"We have to have respect for the referee and for the opposition."