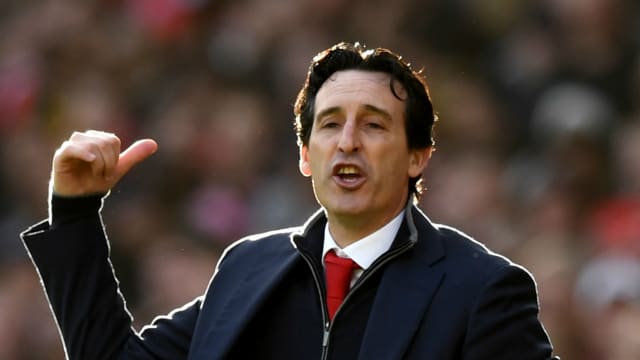 Unai Emery said Shkodran Mustafi could be recalled for Arsenal's Boxing Day trip to Brighton and Hove Albion after Nacho Monreal joined a growing list of injured defenders during the Gunners' 3-1 win over Burnley.

Stephan Lichtsteiner replaced Monreal after 37 minutes at Emirates Stadium and Emery confirmed that the Spaniard had to come off because he was struggling with a muscular problem.

Mustafi is nearing his return from a hamstring strain but Arsenal are still without fellow defenders Rob Holding and Hector Bellerin.

Asked about the decision to replace Monreal, Emery told reporters: "He started to have a muscular problem and we decided not to take a chance.

We've been forced into an early change here, with Monreal needing to come off - and that's seen us change our system to at the back

"We've been forced into an early change here, with Monreal needing to come off - and that's seen us change our system to at the back.

"I don't know if he can play at Brighton. Mustafi is close for Brighton."

Pierre-Emerick Aubameyang scored twice to put Arsenal in control against Burnley and, although Ashley Barnes pulled one back for the Clarets, Alex Iwobi wrapped up the victory with a goal in stoppage time.

Emery was asked about the unhappy reaction of Aubameyang's strike partner Alexandre Lacazette when the France international was replaced late in the game, and he replied: "He worked very well today.

"I like strikers who are angry if they don't score."

On the performance of Mesut Ozil, who made his first Premier League start since November 11, Emery added: "Very good response. I think he played like we need today.

"His skills, his commitment with us today is very good."