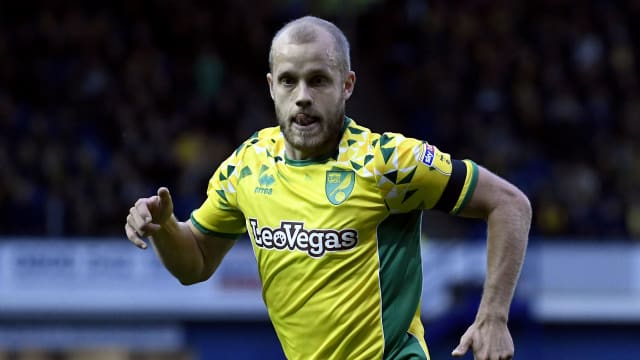 Teemu Pukki's 86th-minute winner against Blackburn Rovers sent Norwich City back to the top of the Championship on Saturday, while QPR triumphed 1-0 at Nottingham Forest to end the longest away hoodoo in English football.

Norwich looked set to endure frustration at Ewood Park, but Pukki's late strike - one of countless late goals for the Canaries this term - earned a 1-0 win and ensured they moved two points ahead of Leeds United, who host Aston Villa on Sunday.

West Brom kept up the pressure on the top two with a resounding 4-0 win at Rotherham United as Dwight Gayle scored a hat-trick, yet fellow promotion chasers Derby County and Sheffield United were each held to draws - enabling Middlesbrough to move fourth with a 1-0 win at Reading - who appointed Jose Gomes as Paul Clement's replacement after the final whistle.

QPR's victory at the City Ground, secured by Toni Leistner's 45th-minute goal, represented a landmark success. Rangers had never previously won in 34 visits to Forest - the longest run without ever winning away at an opponent in all English competitions.

A day after parting company with Jos Luhukay, Sheffield Wednesday won 1-0 at home to Preston North End, who had Ben Pearson sent off after just 26 minutes.

In recent weeks, Pukki has scored a dramatic injury-time clincher against Millwall, a game-sealing third goal versus Rotherham with six minutes remaining and another last-gasp winner to sink Bolton Wanderers.

The Finland international once again came up with the goods late on at Blackburn, tapping home an Onel Hernandez cross to secure a precious three points.

TEEMU DOES IT AGAIN!!! #ncfcpic.twitter.com/DZpu1tW3Uo

Third-placed West Brom are comfortably the highest scorers in the division and took their tally to 50 at New York Stadium.

Gayle was the star of the show, grabbing a treble inside 54 minutes to take his tally for the season to 13, while Harvey Barnes was also on target.

A miserable afternoon for Rotherham, who remain three points above the relegation zone, was summed up by Ryan Manning hitting the post with a 76th-minute penalty.

Out-of-form Wigan Athletic also suffered a heavy defeat on Saturday, going down 3-0 at home to Birmingham City, who sit eighth.

The only team in the bottom five to pick up a point was Ipswich - the Championship's bottom side following up last week's win over Wigan with an impressive 1-1 draw against Sheffield United.

Full-time scores in the #SkyBetChampionship

Dominating victories for @WBA
and @BCFC, whilst a late goal sends @NorwichCityFC back to the top of the table.