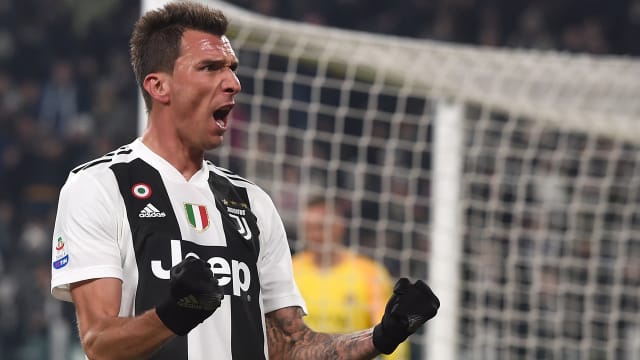 Mandzukic's first-half goal was enough for Juve to claim a 1-0 win, marking their 16th victory in 17 Serie A games.

The Croatian is already up to eight league goals for Juve this season – bettering his previous two campaigns – and Allegri hailed the forward.

"Mario is a key player. His combination of technical and physical attributes make him an extraordinary player," he said.

"Paulo fared well too. He allowed us to bring the ball out of our half," he said.

The result put further pressure on Roma coach Eusebio Di Francesco, whose team slipped to 10th in the table.

Di Francesco was pleased with the way his team finished the game, although he rued their first half.

"In the first 45 minutes we saw the same fear and insecurity of recent games, but after the break we overcame that," he said.

"We battled with determination and used the ball a lot better."