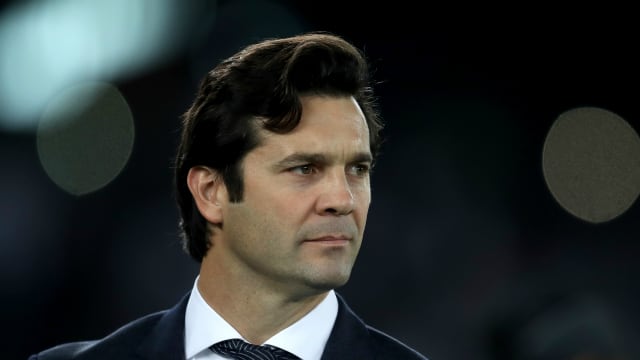 Solari's side face Al Ain in Saturday's final having triumphed against Kashima Antlers in the semis and won each of the past two editions of the competition.

A third consecutive Club World Cup would follow a third straight Champions League sealed by Madrid in Kiev against Liverpool this year.

It is Solari's first chance to claim silverware after being appointed Julen Lopetegui's successor and he hyped Madrid's achievements ahead of the game.

"It would be exceptional to win the third Club World Cup in a row and it would be great for all these players. It can be difficult to repeat and it is a huge responsibility," Solari told reporters.

"What is impossible is to win the Champions League 200 years in a row - this is football, to compete with the best in the world.

"What has been achieved by Madrid these past five years, it is part of our way of being as a club to look at the next one, but we cannot forget the excellence of the last year.

BEHIND THE SCENES
@realmadrid at the Club World Cup!#RMCWC | #HalaMadridpic.twitter.com/WswNLpu89t

"It is extraordinary and [on Saturday] we will try to take another step. If Madrid have won so much it is because we concentrate and put all our energy into the finals.

"Everyone is very happy and excited … there is also that tingling of a final and we have to put all our energy into that."

Solari was unwilling to talk about the possibility of Madrid facing LaLiga rivals Barcelona in the 2019 Champions League final, which will be held at Atletico Madrid's Wanda Metropolitano stadium.

"It is such a distant hypothesis that we would have to take a DeLorean to get there," Solari said, referencing the time-travelling car from the 'Back to the Future' film series.