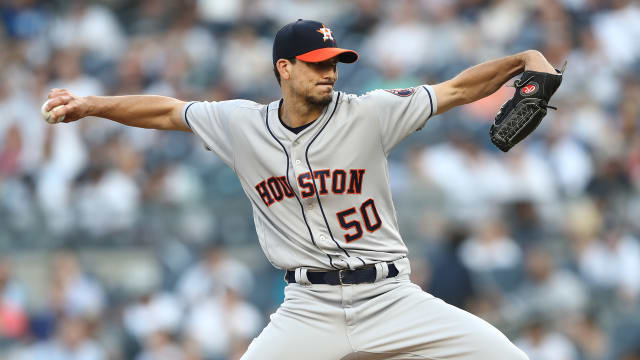 Charlie Morton found a new team as the pitcher signed with the Tampa Bay Rays.

The Rays announced on Friday they have signed the right-handed starter to a two-year deal.

The deal reportedly is for $30million, according to Yahoo Sports, citing unidentified league sources.

The deal also includes a third-year option that could be as low as $1m if Morton misses significant time over the first two years because of injury and could be worth as much as $15m if he remains healthy, the report notes.

An early Christmas present for y'all. #RaysUppic.twitter.com/WYr36k5FU7

Morton is coming off one of his strongest seasons as he posted a 15-3 record with a career-best 3.13 ERA in 30 starts for the Houston Astros last season. He was placed on the disabled list in late August with shoulder fatigue, but returned and made one start in the playoffs.