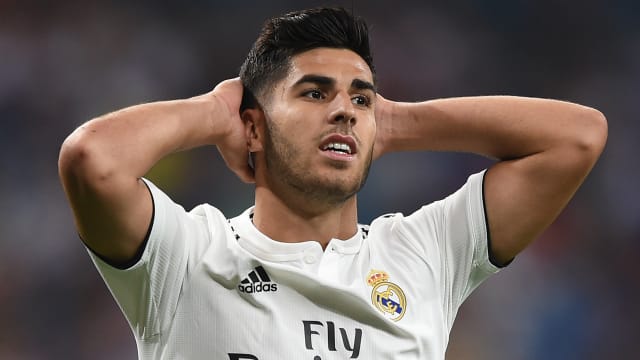 Marco Asensio is set to miss the Club World Cup final after sustaining a thigh injury.

The 22-year-old has suffered a grade two injury in his right rectus femoris, Real Madrid confirmed in a statement.

It means the Spain international will potentially not return to action until at least January 3, when Madrid face Villarreal in LaLiga.

Santiago Solari's side take on Al Ain in the Club World Cup final in Abu Dhabi on Sunday, having beaten Kashima Antlers 3-1 in their semi-final.

The European champions are seeking to win their third global title in a row.

BEHIND THE SCENES
@realmadrid at the Club World Cup!#RMCWC | #HalaMadridpic.twitter.com/WswNLpu89t