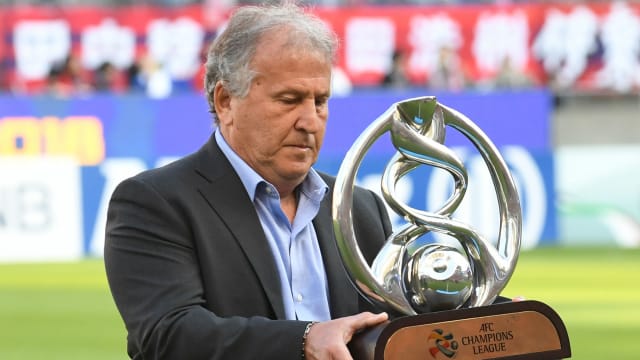 Kashima Antlers showed too much respect to Real Madrid in their Club World Cup clash on Wednesday, according to Zico.

The AFC Champions League winners missed out on a place in the final of the tournament after succumbing to a 3-1 defeat in Abu Dhabi.

Former Brazil international Zico - who both played for and managed Kashima but is now a technical director - was disappointed with the display from the J1 League club.

"I did not see the Kashima I expected to see. I think we respected Madrid too much," he told Omnisport.

"We no longer do the kind of game we are used to doing: [playing] with pressure and trying to score. We did not play a decisive game, we just played one more game.

"With Madrid you cannot play just another game if you want to win."

Kashima had battled to a 3-2 win over CD Guadalajara to reach the last four, yet Zico felt they were far too passive against a star-studded Madrid side, allowing their opponents an easy ride.

"I expected more pressure, playing on top. The coach [Go Oiwa] asked for that. Do not let them play, or think too much," he added.

"We should have shown that we wanted to play. And Kashima yesterday did not make as they did in the second half against Guadalajara to go out and try to score, for example.

"So, against a strong team like Madrid, with great players who pass the ball from one side to the other, at some point of the match they will score a goal."

Instead of featuring in the final, Kashima will face River Plate on Saturday in the third-place play-off.