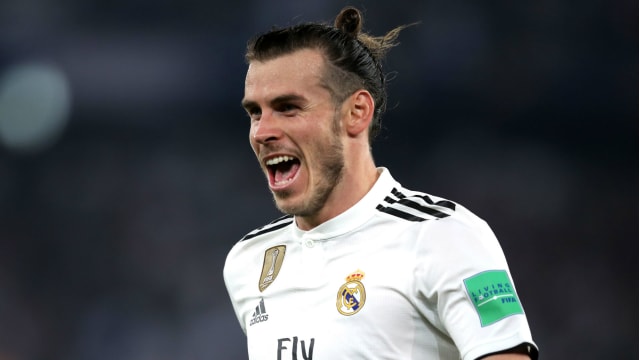 Bale turned on the style against AFC Champions League winners Kashima Antlers on Wednesday, with his goals securing a 3-1 victory for Madrid to set up a clash with Al Ain.

And Solari praised Bale - who found the net twice in the Spanish side's Champions League final win over Liverpool back in May - for consistently delivering in the big moments.

"I'm happy for the three goals scored by Bale and for the solidity and consistency of the team," Solari told a news conference.

"Bale has taken everything, the spotlight, the stage, the goal. He had a sensational match, he has shown what he is and what he is capable of.

"In the end, the last person responsible for a performance is always the footballer.

"Gareth has given great joy to Madrid and has been decisive in very important moments, which is the most important part of football. What dominates football is goals and Bale scores them."

Madrid are aiming to secure their fourth Club World Cup title, and a third successive win, and Solari was delighted with his side's intensity in their semi-final fixture.

"We played as if it was the final," he added.

"And I am sure that on Saturday we will do the same or better because it is the real final and we want to finish the year with another prize that would be a third consecutive Club World Cup."