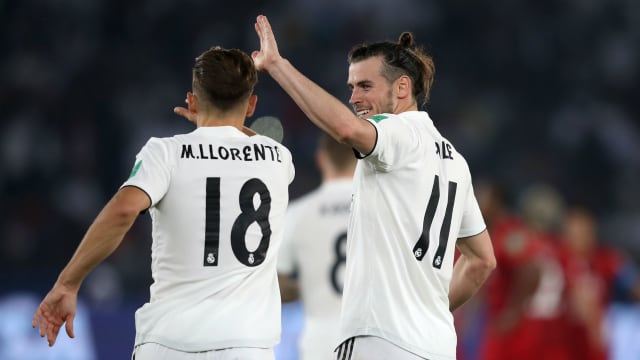 Gareth Bale put Real Madrid's success ahead of his personal achievement after starring from the left wing with a hat-trick at the Club World Cup.

Defending champions Madrid booked their place in the final against Al Ain by seeing off Kashima Antlers 3-1 in the last four on Wednesday, with Bale scoring all three goals.

The Wales international has largely played on the right or in a central role during his time at Madrid, having initially broken through at Southampton and Tottenham as a left-wing-back, but he was back on the flank and linking up with Marcelo to good effect in the semi-final.

Bale insisted he would play any role asked of him by coach Santiago Solari as he looks towards clinching yet another trophy with the Spanish giants.

"Throughout my [early] career, I played from the left wing," Bale said. "I'm comfortable playing in that position.

"But I can play on the right, on the left or in the centre. I will play wherever the coach needs me to."

He added: "It's great to score, but the most important thing is to help the team and reach the final.

"It's an important victory. We knew that it would be a difficult game against a team that's going to make it difficult for us. We just had to be professional and get the victory and get to the final.