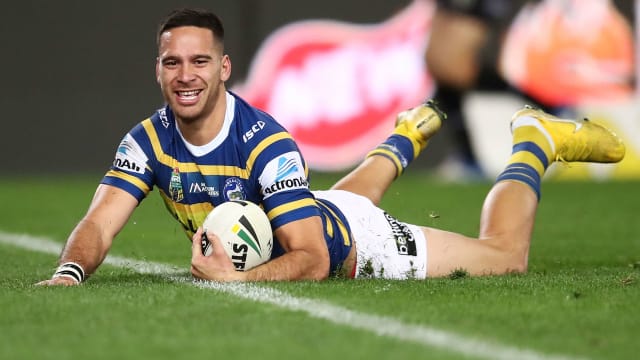 Norman was released from the final year of his Eels contract to seal a move to the Dragons.

The 28-year-old five-eighth, who spent five seasons with Parramatta, has also been named in an Emerging Maroons squad as he prepares to embark on a new chapter in his career.

"It's a big day for myself and my family. There are some exciting times ahead," Norman told the Dragons' website.

The Dragons have today announced the signing of Corey Norman, following the completion of all necessary documentation.

Dragons director of rugby league pathways and list management Ian Millward believes Norman will prove to be a big hit with the Dragons.

"Corey is a player who will entertain all members and fans with his ability in attack. He is a player who we see will take us to the next level with the way he plays the game," said Millward.

"Straight away, there will be speculation around the position he'll play and that'll be up to the coach. We feel Corey as a quality player will give Paul [coach McGregor] an opportunity to work with some really outstanding talent."