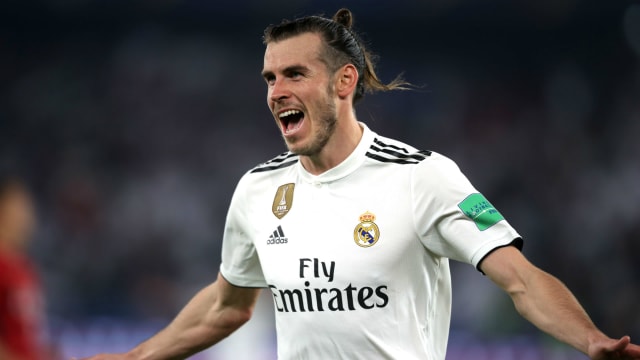 Gareth Bale joined a prestigious group after scoring a brilliant hat-trick for Real Madrid at the Club World Cup on Wednesday.

The Wales international squeezed Madrid's opening goal past Kashima Antlers goalkeeper Kwoun Sun-tae shortly before half-time and pounced on a defensive mix-up after the break to score again, with his third goal soon after putting the result beyond doubt in the second semi-final.

Bale has now scored in three different editions of the competition, having also found the net in 2014 and 2017, a feat only previously achieved by two other players.

Bale also became the third player to register a hat-trick at the tournament, Ronaldo and Barcelona's Luis Suarez the other players to do so.

3 - Gareth Bale is the third player in the FIFA Club World Cup history to score a hat-trick, after Cristiano Ronaldo and Luis Suárez. Dragon. pic.twitter.com/xaCLhLIEYy

Ahead of the final against Al Ain, Bale is just one goal shy of Ronaldo's all-time record tally of seven in the competition, despite having made just five Club World Cup appearances in his career.