Rabiot, we do not need you – PSG fans respond to wantaway midfielder 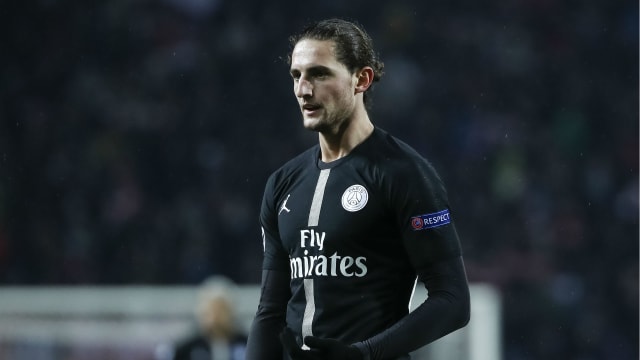 Paris Saint-Germain fans expressed their animosity towards Adrien Rabiot by unfurling a banner directed at the wantaway midfielder during their Coupe de la Ligue victory over Orleans.

Rabiot will not sign a new deal with the Ligue 1 champions, with whom his current contract expires at the end of the campaign, and was the subject of whistles and jeers from certain sections of the PSG fanbase during his most recent appearance at Parc des Princes.

Reports emerged on Tuesday that a deal to take the France international to Barcelona was nearing completion, and PSG fans made their feelings known during the club's 2-1 win at Ligue 2 side Orleans.

Midway through the second half, a section of the travelling PSG support produced several banners which read: "Rabiot, we do not need you."

Rabiot, 23, came through the academy ranks at PSG, making his Ligue 1 debut in 2012 before joining Toulouse on loan.

In total, the midfielder has made 154 league appearances for the Paris club, and has represented France on six occasions.

It remains unclear if Rabiot will be sold in January, or leave for free at the end of the season.