Bancroft to return, teenager Lamichhane to fly the flag for Nepal in Big Bash 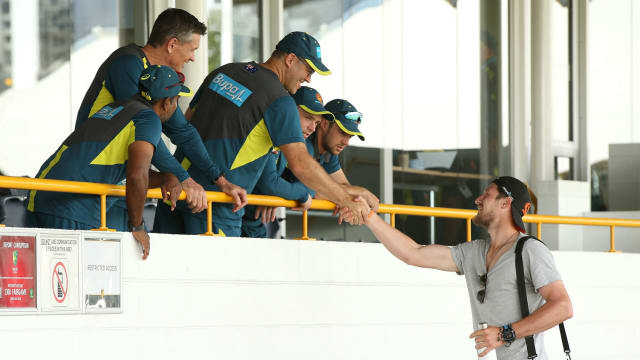 Cameron Bancroft will be under the microscope and history-making Nepal spinner Sandeep Lamichhane will realise a dream in what promises to be another thrilling Big Bash League.

There have been underwhelming attendances for Australia matches after the ball-tampering scandal left a sour taste in the mouth of the cricket-loving public.

Victory over India in the second Test at Perth Stadium provided a lift and the start of the BBL on Wednesday will get the crowds flocking to venues far and wide for pulsating action.

Steve Smith and David Warner remain banned, but Bancroft is set to make his return from a nine-month suspension imposed for using sandpaper on the ball at Newlands in March.

The Perth Scorchers opening batsman will be braced for a frosty reception if selected to face Hobart Hurricanes in Launceston on December 30 - a day after his ban comes to an end.

Lamichhane will make history when he becomes the first player from Nepal to feature in the glitzy eight-team tournament.

The 18-year-old tweaker stated two years ago that he dreamed of playing in the BBL and he will get his wish in the eighth edition of the Twenty20 extravaganza after signing for Melbourne Stars.

The big @michaelness20 is pumped up.

As he should be. Tomorrow is GAME DAY for the @StrikersBBL! #BBL08pic.twitter.com/pBVVGg3zkQ

"It always means we're carrying the whole nation on our shoulders," he told cricket.com.au. "If I perform well, it'll be good for Nepal cricket as well as me.

"For the youngsters [in Nepal], it'll be a good lesson for them to not give up and that their time will come.

"Now everyone at home is realising that you can get something good out of sport. I want to stay on this train so that everyone can enjoy sport and enjoy their life."

Lamichhane can look to Rashid Khan for inspiration after the Afghanistan spinner took the 2017-18 BBL by storm.

Rashid excelled as Adelaide Strikers claimed their maiden title and the 20-year-old sensation will play a key role in their bid to retain the title.

England captain Joe Root will make his BBL debut for the Sydney Thunder along with clean-striking team-mate Jos Buttler.

The Strikers travel to the Gabba for the opening match on Wednesday and it would be no surprise to see Rashid bamboozle Brisbane Heat batsmen in another BBL which the spinners will have a big say in.