Titans CB Logan Ryan out for season with broken leg 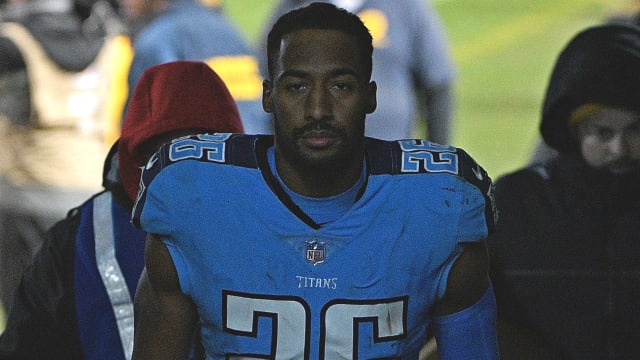 Tennessee Titans cornerback Logan Ryan will miss the rest of the NFL season after breaking his leg.

Ryan revealed on Twitter on Monday that he broke his left fibula in Sunday's 17-0 win over the New York Giants and will not return to the field this term.

The 27-year-old was injured in the fourth quarter and walked off the field under his own power. He becomes the third key Titans player to suffer a season-ending leg injury in recent weeks after tight end Jonnu Smith and tackle Jack Conklin went down in Week 14 against the Jacksonville Jaguars.

"I poured my heart and soul into this season so it's unfortunate," Ryan wrote. "However, anyone who knows me knows how relentlessly I will train to come back a better player with fewer weaknesses.

Breaking News: I believe the player should break his own news about his body. pic.twitter.com/YUlTiuOMnp

"I am proud of how I played, I'm proud of how my team is playing, and I'm proud I was able to walk off the field with a broken leg. I will continue to support the team and coach up the DBs [defensive backs] while we make this run for the playoffs."

The Titans are 8-6 along with the Baltimore Ravens and the Indianapolis Colts but are outside the AFC playoff picture due to tie-breakers.

They close the regular season with home games against the Washington Redskins and Colts.