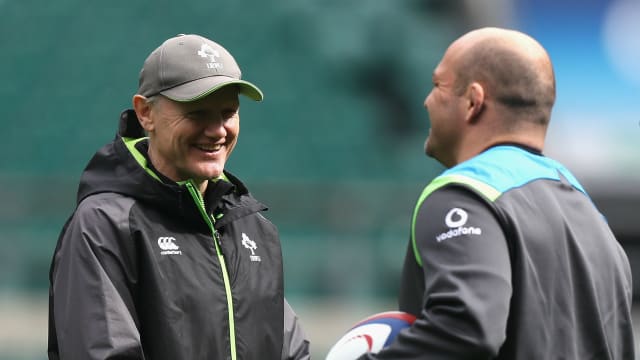 Rory Best believes Joe Schmidt would be a great pick to lead the British and Irish Lions in 2021, despite his impending Ireland exit.

Schmidt will hand over the Ireland reins to his defence coach Andy Farrell after the 2019 Rugby World Cup to spend more time with his family.

However, Ulster hooker Best considers the 53-year-old, who has also been linked as a potential replacement for New Zealand coach Steve Hansen after the tournament in Japan, a leading candidate for the Lions' next tour to South Africa.

Warren Gatland has overseen the past two Lions series, earning a 2-1 victory over Australia in 2013 and securing a draw versus New Zealand four years later.

"The Lions is one of the few things he hasn't done. He hasn't been given the opportunity to be successful there," said Best.

"I have no doubt that he would be successful given that opportunity.

"There's no doubt with the way he performs and the way he goes about his business that he could take the Lions and be successful with them.

"I think Joe could very, very comfortably walk into a Lions role and get a team prepared to win a Test series in South Africa.

"Right from the word go he's expecting things from you. Very quickly the penny would drop, and everyone would enjoy being there."