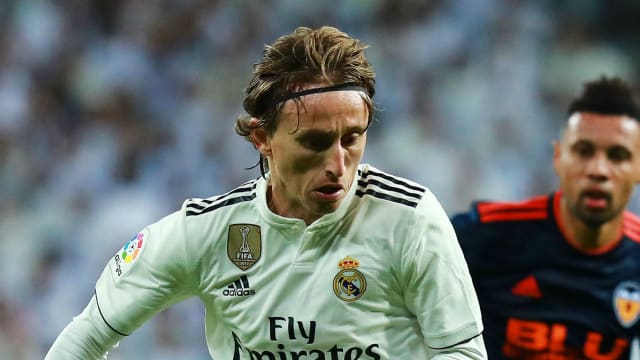 Luka Modric said Real Madrid president Florentino Perez is determined to keep him at the Santiago Bernabeu but refused to discuss the possibility of signing a new contract at the club.

The winner of the 2018 Ballon d'Or is contracted to the European champions until June 2020, by which time he will be 34.

Since captaining Croatia to the World Cup final and claiming the trophy awarded to the world's best player, Modric has been the subject of reports suggesting he could sign a new deal at the club he joined in August 2012.

However, he told Sportske Novosti: "The only thing certain for now is that I'll be with Madrid until the end of my contract.

"Perez told me straight away in the summer - get it out of your head that you're leaving Real, we have no theory to let you go."

Modric winning the Ballon d'Or prompted a strong reaction from pundits and players who felt that Cristiano Ronaldo or Lionel Messi deserved the award.

Ronaldo and Messi dominated the award for a decade, winning it five times each between 2008 and 2017, and Modric said his win did not indicate any superiority over the pair in terms of his quality as a player.

"Things are, in my opinion, very simple," said Modric.

"Cristiano Ronaldo and Messi are two phenomena that play a dominant role for 10 years. Above everyone in terms of quality.

"But here we are talking about seasonal performance and it may mean that the votes of trainers, players, legends of football, journalists and fans are the same. Or are they all at the same time mistaken?

"If we are to vote on the quality of players, then we can divide all the trophies between Messi and Ronaldo as long as they are actively playing and ignore any other choices."