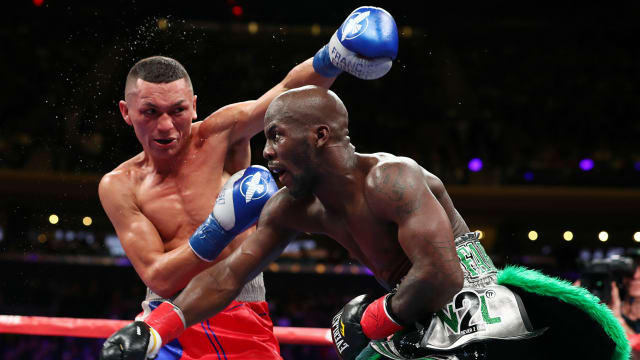 With the Madison Square Garden crowd eagerly awaiting the Canelo-Fielding bout, Farmer stepped into the ring and defeated Fonseca by unanimous decision on Saturday.

Judges scored the fight 117-111 in Farmer's favour as the 28-year-old American closed out 2018 with victory in New York.

Elsewhere on the undercard, Sadam Ali moved back down to welterweight and outpointed Mauricio Herrera over 10 rounds.

AND STILL! @TevinFarmer22 retains his title via UD win. #CaneloRockypic.twitter.com/fXEVtwgjXD

There were also victories for Lamont Roach, Yves Ulysse Jr. and Bilal Akkawy.