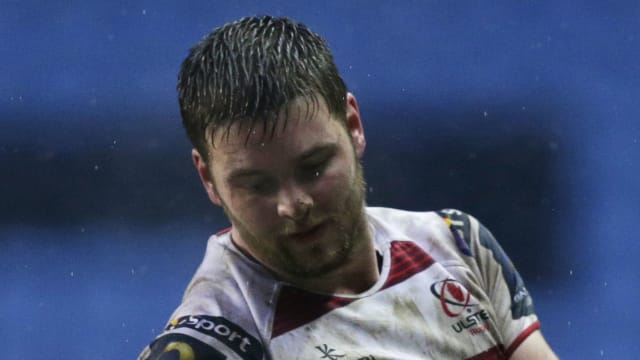 Iain Henderson scored a try in each half as Ulster kept the pressure on Racing 92 with a 30-15 European Rugby Champions Cup victory over the Scarlets and Exeter Chiefs turned the tables on Gloucester.

Ulster edged out the Scarlets by a solitary point last Friday and completed a double over their Pro14 rivals seven days later at the Kingspan Stadium.

Ireland back-row Henderson powered his way under the posts for the only try of a first half which ended with UIster 10-3 up.

The Welsh region, who were down to 14 men when Henderson crashed over after Wyn Jones was sin-binned following a flurry of penalties, hit back with a superb Jonathan Davies try, which Rhys Patchell converted to level it up.

FULL TIME | Ulster 30 - 15 Scarlets
Ulster bag the full 10 points for the @ChampionsCup table against Scarlets across the double header! #ULSvSCA#SUFTUMLivepic.twitter.com/bhuK1TWZyy

Three tries in the space of 16 minutes put Ulster in command, though, the lethal Jacob Stockdale following up his five-pointer last week with another and Henderson completing a brace before John Cooney crossed.

There was a blow for Ulster when they lost Stockdale to injury, but the win was already secured before Tom Prydie touched down late on, Cooney finishing with 15 points as the hosts moved level with Pool Four leaders Racing - who have a game in hand.

Exeter climbed off the bottom of Pool Two into second place by gaining revenge on Gloucester, winning 29-17 at Kingsholm.

Fly-half Danny Cipriani went off injured just before half-time as Jason Woodward's double proved to be in vain.