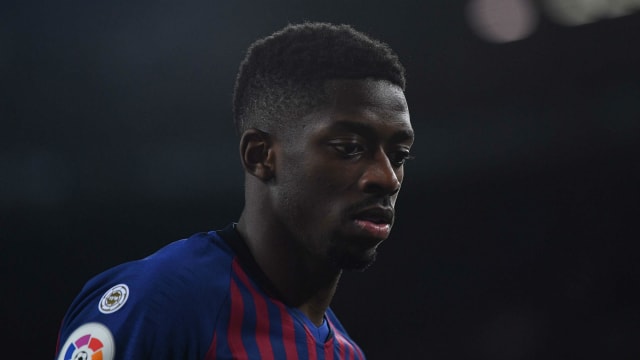 Dembele arrived last year as a replacement for Neymar, who joined PSG in a world-record €222million deal.

Injuries had a particularly damaging impact on Dembele's first season, while his time in Spain has also been plagued by suggestions of a poor attitude and bad timekeeping.

His latest misdemeanour reportedly came last week when the 21-year-old was said to have turned up late for training, yet Dembele has still impressed at times, scoring in each of his two most recent outings against Espanyol and Tottenham.

Neymar has been strongly linked in recent months with a return to Camp Nou, leading to speculation about Dembele's future, but Pires is convinced Barca are better off with his compatriot.

"I love him [Dembele] very much," he told Mundo Deportivo. "We always talk about [Lionel] Messi, but this guy is very good.

"He's young but what he does we all did as kids. What you must do is self-impose discipline in your life, but he is young and with his quality and talent, he can help Barca to win the Champions League and also the league, as we have seen against Tottenham and Espanyol with great goals.

"If I had to choose, I would not change Dembele for Neymar. Ousmane is 21, plays with the left and the right [foot] with a lot of quality with the ball. He has a lot of potential, more than what we've seen so far."

Adrien Rabiot is another PSG player to have been linked with Barca, and Pires thinks the France international would fit in well to Barca's midfield alongside Sergio Busquets and Ivan Rakitic.

"I do not know what will happen, but he has qualities for it [playing at Barca]," Pires added. "Barca has Busquets and Rabiot is like him because he plays simple and does not move much, but Rabiot can also play on the left while Rakitic plays on the right [of Busquets].

"He has very good technique, he is left-footed and he is competitive like the other two."