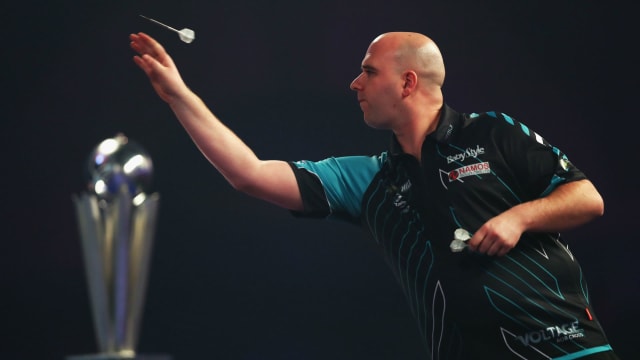 Defending champion Rob Cross came through a testing opener as the 2019 PDC World Darts Championship got under way on Thursday.

Cross celebrated a fairytale victory 12 months ago, beating the great Phil Taylor in his first appearance at the tournament, but it briefly appeared as though he might be on the end of an upset loss on the opening night at Alexandra Palace this tournament.

Jeffrey de Zwaan, who defeated Nitin Kumar earlier in the day, soared into the lead against Cross with a dominant first set in a high-quality late game.

But Cross responded when the pressure was on, pipping his opponent to the second and then consistently delivering at key moments to win 3-1 and take a step towards a return to the final on January 1.

"Hopefully I've done ladies' darts proud," she told Sky Sports. "I won't give up and hopefully I'll be back again."