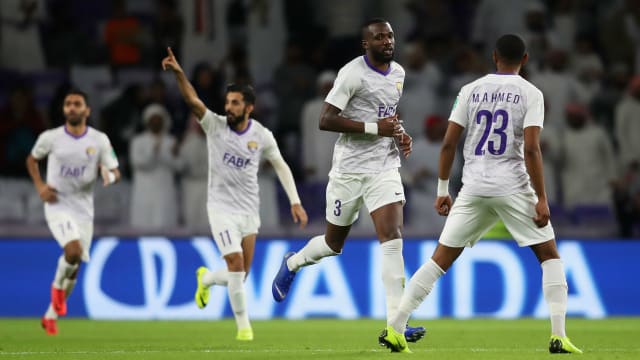 Al Ain came from three goals down to beat Team Wellington on penalties and reach the second round of the Club World Cup.

The OFC Champions League winners surged into a 3-0 lead against the UAE Pro League champions, but goals either side of half-time got Al Ain back in it before Marcus Berg forced extra time, with the teams then unable to be separated until Wellington captain Justin Gulley saw his decisive penalty saved by Khalid Eisa.

Semi-professional side Wellington had not offered a threat in the early exchanges but took the lead out of the blue in stunning fashion as Mario Barcia let fly from 30 yards with a scorching effort that found the top-left corner.

Four minutes later Wellington doubled their lead, Andy Bevin slipping a clever pass through for Aaron Clapham, who slotted home their second with a composed finish.

The host team win on penalties and set up a second-round meeting with @ESTuniscom! pic.twitter.com/PvWod86Mu6

Caio looked to have pulled one back for Al Ain but saw his strike chalked off by VAR for Mohanad's foul on Hamish Watson in the build-up.

They were further punished for that indiscretion when Mario Ilich tapped home a corner to make it 3-0, but Tsukasa Shiotani responded instantly by pouncing on some sloppy defending.

The deficit was reduced again when Tongo Doumbia turned home a low cross from Caio, who almost turned goalscorer as he struck the post before Berg's deflected volley completed the comeback.

Al Ain's Mohamed Abdulrahman was sent off late in extra time for a foul on Taylor Schrijvers, but it was the Emirati side who delighted the home fans by holding their nerve in the shoot-out to set up a last-eight meeting with ES Tunis, in which a semi-final clash with Copa Libertadores winners River Plate will be at stake.