He's good at basketball – Kerr running out of superlatives for Curry 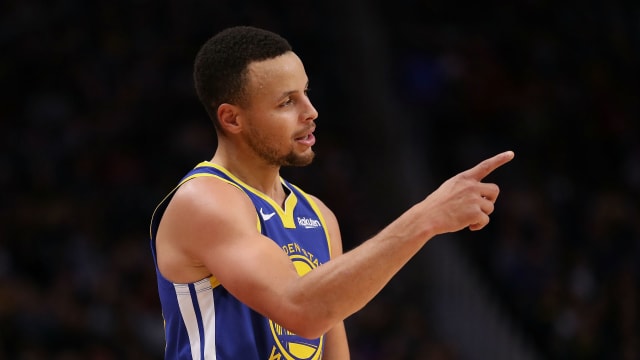 Steve Kerr is running out of superlatives for Stephen Curry after he produced another superb display to help the Golden State Warriors earn a fourth win in a row.

Curry scored 38 points in 36 minutes and added seven rebounds and six assists in Monday's 116-108 victory over the Minnesota Timberwolves.

It was a dazzling shooting display from the two-time NBA MVP on a night that saw the Warriors roll out four of their All-Stars at the Oracle Center.

Draymond Green made his long-awaited return, while Klay Thompson and Kevin Durant also starred, but it was the performance of Curry that left most – including Kerr - spellbound.

"He's good at basketball," he told a media conference when asked to describe Curry's display.

"I don't know what to say, I get asked that every day, I don't know how to answer that anymore!

"Nothing he does surprises me. Even on a night where he gets off to a slow start he finds a way."