Green thrilled to make Warriors return in victory over Timberwolves 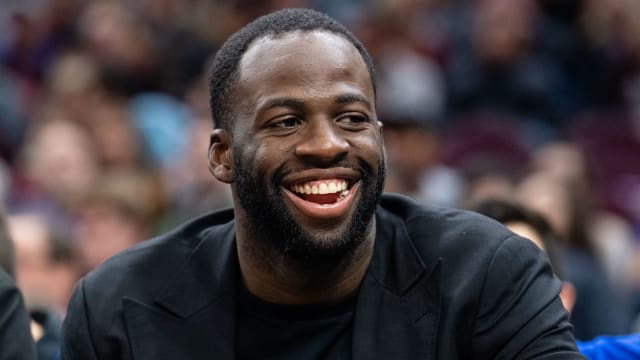 Draymond Green was like a "kid in a candy shop" making his Golden State Warriors return in Monday's 116-108 victory over the Minnesota Timberwolves.

Green has been sidelined since mid-November with a toe sprain but returned in emphatic style at Oracle Center, finishing with 10 rebounds and seven assists.

His return helped the NBA champions earn a fourth successive win, moving them to 19-9 in the Western Conference.

Having made his long-awaited comeback, Green has now set his sights on producing game-by-game as the Warriors look to continue their recent dominance.

"I felt like a kid in a candy store in the last few days just getting to play again," he told a media conference.

No case of the Mondays here

"It's what I prepared for, it's what I love to do. So to get back out there, there's always an appreciation for that.

"I think I played decent, but I'll continue to get better as I start to find my rhythm again."

And the three-time NBA All-Star felt no adverse effects following his injury issues.

"It [his toe] felt good, I really had no issues at all, and afterwards I still feel the same which is always important."

Steph to Draymond to Klay at the buzzer... SPLASH!

Green's return was labelled as "overwhelming in a positive way" by team-mate Stephen Curry, while coach Steve Kerr credited the forward with improving the Warriors' tempo.

"I thought he looked really good," said Kerr. "The initial force that he played with early in the game, you could feel the pace that he set, and the tempo and tone that he set.

"I thought Draymond really played a good game, it was a really positive step back for him."

He added: "I think we just play with a faster pace, the first few minutes we looked different.

"He gives us a different dimension and it's great to have him back. I think we'll get much better, I didn't think we played that well, but I thought it was a positive first step back."