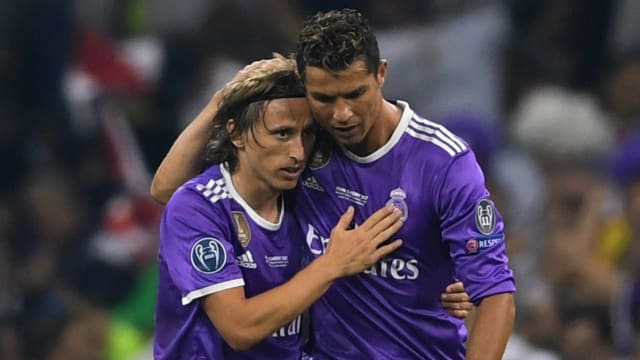 Cristiano Ronaldo is convinced he should have won this year's Ballon d'Or, rather than finishing as runner-up to ex-Real Madrid team-mate Luka Modric.

Modric ended Ronaldo and Barcelona forward Lionel Messi's decade-long dominance of the prestigious award this month when he claimed the prize after winning a third successive Champions League title with Madrid and helping Croatia reach the World Cup final.

However, Juventus forward Ronaldo, who was also part of Madrid's Champions League-winning team, felt his Ballon d'Or case was even stronger.

He has scored 45 goals in 48 games for club and country so far in 2018 and in April he broke the record for scoring in the most consecutive Champions League games when he found the net for an 11th match in a row.

"I think I deserve [to win the Ballon d'Or] every year," Ronaldo said in an interview with Italian newspapers.

"The numbers do not lie, but do not think that I'm less happy if I do not win.

"I have fantastic friends and I have family, I play in one of the best clubs, do you think I'll go home and cry?

"[I am] disappointed but life goes on and I will still work hard.

"Congratulations to Modric, he deserves it, but next year we will see each other again and I will do everything to be still there."