Eden Hazard has offered public support to Raheem Sterling after the Manchester City forward was allegedly racially abused at Chelsea during a Premier League game.

Sterling was berated by a section of the Stamford Bridge crowd during Chelsea's 2-0 defeat of the Premier League champions, with the club subsequently suspending four people from attending matches pending further investigations.

The Metropolitan Police also launched an investigation into whether Sterling was racially abused by spectators and Hazard has backed the England international. 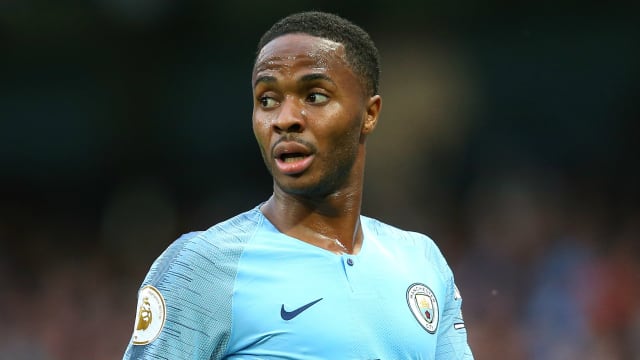 "The only thing I can say is I support the player. Sterling is a fantastic player," Hazard told Sky Sports.

"There is an investigation, so we don't know what will happen.

"I am fully supportive of Raheem and this sort of racism cannot be in the stadium anymore."

Former England coach Gary Neville has revealed Sterling approached him asking for advice on how to cope with criticism during Euro 2016, where the Three Lions exited to Iceland in the last 16 and what were perceived to be his poor performances were highlighted in the media.

"He came to see me one on one in 2016, I think it was three or four days before the Iceland game," Neville said on Sky Sports.

"Pre-tournament, I don't know if you remember, he was getting absolutely battered. Getting so much stick, we were aware of that. Fans were onto him, the media was onto him. Asking a lot of questions about him.

"It then continued into the tournament, into the stadiums, to the point where those groans and boos, little things. It takes a lot for a player to come and see a coach. I was in the analysis room, I remember the analysts leaving.

Good morning I just want to say , I am not normally the person to talk a lot but when I think I need my point to heard I will speak up. Regarding what was said at the Chelsea game as you can see by my reaction I just had to laugh because I don't expect no better. For example you have two young players starting out there careers both play for the same team, both have done the right thing. Which is buy a new house for there mothers who have put in a lot of time and love into helping them get where they are, but look how the news papers get there message across for the young black player and then for the young white payer. I think this in unacceptable both innocent have not done a thing wrong but just by the way it has been worded. This young black kid is looked at in a bad light. Which helps fuel racism an aggressive behaviour, so for all the news papers that don't understand why people are racist in this day and age all i have to say is have a second thought about fair publicity an give all players an equal chance.

Sterling spoke out against the incident at Chelsea in an Instagram post where he highlighted the differing way reports on City youngsters Phil Foden and Tosin Adarabioyo buying property for their parents were produced.

And Neville's assessment is the media's treatment of Sterling differs from when England players including David Beckham, Wayne Rooney and Paul Gascoigne were pilloried by the press.

"Directly in that tournament [Euro 2016] Harry Kane, who is the blue-eyed boy of English football, he's a sensational player, we love him to bits," Neville continued. "He was having a difficult time in that tournament and it was portrayed [as being] because he was on corners.

"Raheem was having a difficult time and it was because of other reasons and more personal reasons at times, and the language used towards him was difficult. I don't think he could understand. I think he was asking me why this was happening.

"Post-tournament, we got knocked out and obviously it was bad from a football point of view. The abuse that he received, particularly in the media, beyond that tournament, and the language that was used against him, I've not seen it before, and I played closely with David Beckham, Wayne Rooney, I played with Paul Gascoigne at Euro 96. I've seen a lot over the years.

"I look back on that time now and think was I really walking by on the other side and not dealing with the real issue, is that the right reaction? He was willing to continue playing, he has continued to play at an outstanding level.

"But he's been carrying this now for years. This is not just on Sunday, not just a Chelsea fan. This has been going on for years about him, and I've known about this for years because he came to see me in 2016, so was it happening before that even?

"It's a really difficult situation where you think how would I deal with that again? How would I try and help him? Because he's a tough lad, he really is, to come through everything he's coming through and the scrutiny he's faced with. To perform like he has done is a miracle, almost."