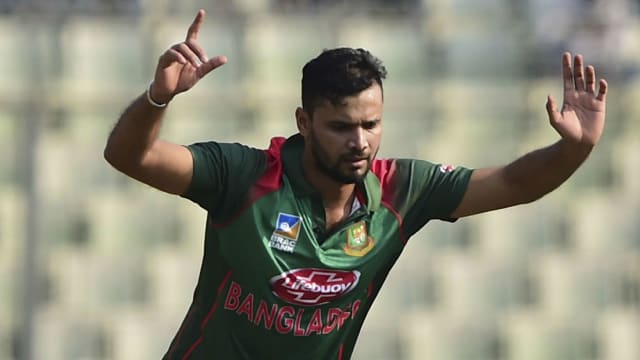 West Indies are still yet to record a win on their tour of Bangladesh after they were beaten by five wickets in the opening one-dayer in Mirpur on Sunday.

After struggling against the turning ball when losing the Test series 2-0, the Windies were undone by Bangladesh's seam attack as attention switched to the 50-over format – Mustafizur Rahman and Mashrafe Mortaza sharing six wickets.

All too often their batsmen failed to build on promising starts, and even 66 runs off their final 10 overs could not fire the tourists to a competitive total.

Bangladesh made a stuttering start in their reply, but Mushfiqur Rahim's unbeaten 55 helped steer them to victory and a 1-0 lead in the three-match series.

Bangladesh's discipline with the ball immediately put West Indies under pressure and it quickly paid dividends as Kieran Powell (10) and Darren Bravo (19) perished early – the latter having already had two reprieves on his return to the one-day side.

Building substantial partnerships proved to be a tough ask for the tourists, Shai Hope's 43 offering the only real substantial score as they slipped to 93-4 in the 29th over.

The spin of Mehidy Hasan and Shakib Al Hasan had helped put Bangladesh in control, and they soon made way for the pace attack - led by Mortaza on his 200th ODI appearance - to maintain the home side's firm grip on proceedings.

Liton Das' quickfire 41 carried the hosts away from trouble, though, before Mushfiqur anchored a successful run chase with his 31st ODI half-century.

He was ably assisted by Shakib (30) and Soumya Sarkar (19) as Bangladesh eased home with 89 balls to spare, Mushfiqur fittingly hit the winning runs to complete a clinical display with both bat and ball.