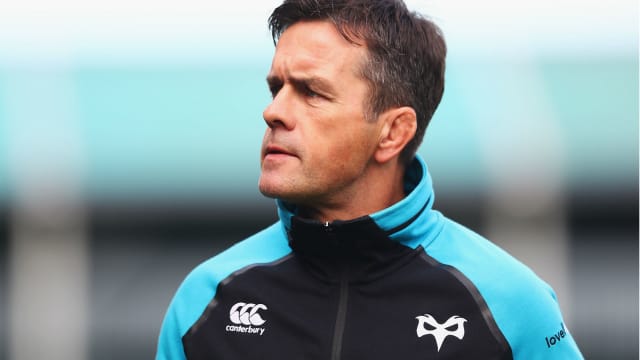 The Ospreys romped to a thumping 51-20 victory over Stade Francais in Swansea to top European Challenge Cup Pool Two on Saturday.

Worcester Warriors' defeat to Pau on Friday opened the door for the Welsh region to reach the summit and they ran in six tries to do so in style, with Cory Allen and Luke Morgan among the scorers.

The bonus-point victory sends the Ospreys two points clear of Worcester at the summit, while Stade remain rooted to the bottom with one point from three matches.

Still all to play for in pool 2

Will they make it out of their #ChallengeCupRugby group? pic.twitter.com/IDMfekKso5

The English club have a maximum 15 points to show from their pool matches and sit seven points clear of Connacht, who were 22-10 victors over Perpignan earlier in the day.

Two-time Challenge Cup winners Clermont Auvergne picked up a routine 47-14 win at Timisoara Saracens to stay top of Pool One, although Northampton Saints are still in hot pursuit.

The Premiership side were 48-14 winners against the Dragons and stay five points adrift of the current table toppers after back-to-back victories.

Benetton's 26-21 win against Harlequins sees them reach the midway point in Pool Five with a two-point advantage over closest challengers Grenoble who beat Agen on Friday.

La Rochelle have a six-point lead at the top of Pool Four after their 35-22 victory at Bristol Bears, with second-placed Zebre winning 31-14 at Enisei on Saturday.