Mick Schumacher can be a Formula One star - Wolff 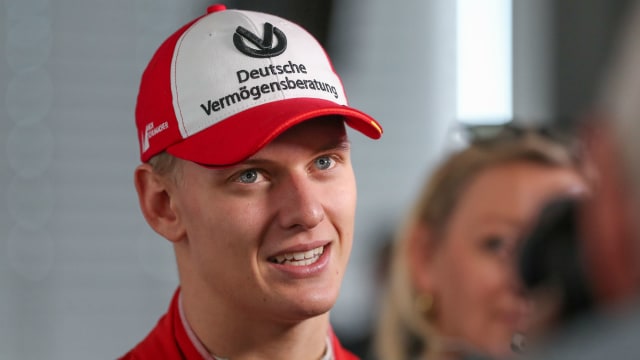 The 19-year-old won the Formula 3 European title in 2018 and will step up to Formula 2 with Prema for next season, while he is set to follow in his father's footsteps by racing alongside Sebastian Vettel for Team Germany in the Race of Champions.

Wolff believes Schumacher's progress will only continue in the coming years, aided by the "incredible legacy" of Michael's seven F1 world titles.

The Mercedes chief even teased that Mick could race for the Silver Arrows when he makes the step up.

"He's won the Formula 3 championship this year with Mercedes engines, which is great, but he's not part of the Mercedes-Benz junior programme," Wolff said of Schumacher at the FIA's end-of-season prize-giving event.

#FIAPrizeGiving - @MickSchumacher is proving himself as one of motor sport’s up and coming talents, having won the Formula 3 European Championship this year. pic.twitter.com/Cc96zegvmQ

"The most important [thing] is to give him time. He has this incredible legacy of having a father who was the most successful racing driver of all time.

"He's won F3, ticked the box, now he's going into F2, which should be very difficult again against many experienced drivers.

"I have no doubt he has the potential to be a successful driver in Formula 1. Maybe one day with us, maybe not."