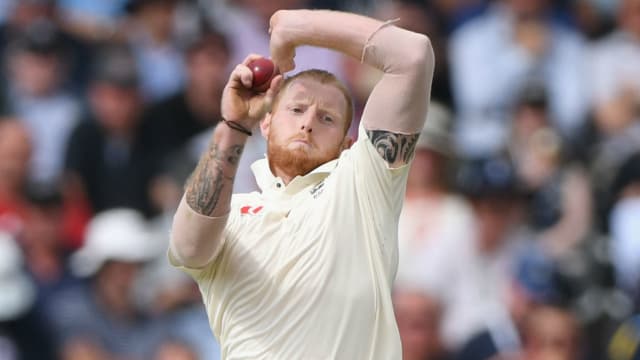 Ben Stokes says he has learned his lesson after being handed a backdated ban following his involvement in an incident outside a Bristol nightclub in September 2017.

Stokes was given an accumulative eight-match ban by the Cricket Discipline Commission [CDC] that also covered a second charge in relation to an inappropriate video but it was deemed that he has already served all of those, leaving him free to continue playing.

The England all-rounder, who was found not guilty of affray at trial in August, said in a statement that he is now looking forward to playing cricket "without this hanging over me".

"Everyone will now be aware that the CDC disciplinary proceedings have now concluded and I accept the decision of the panel," he said.

"I had entered guilty pleas to bringing the game into disrepute much earlier in the process and I want to thank the panel for their time and consideration now that the hearing has ended.

"The criminal charges and, subsequently, the disciplinary charges have made it difficult to make public comment about the issues.

"I have already apologised to my team-mates, coaches and support staff for the consequences of my actions in Bristol.

"I regret the incident ever happened and I apologise to England supporters and to the public for bringing the game into disrepute. I want to say thank you to everyone who has supported me throughout this process.

"Cricket and family are my life. This incident has been a huge burden for the last 15 months.

"I am relieved to get back to playing the game that I love without this hanging over me.

"Although the disciplinary process is now over, I have learned lessons that will stay with me for much longer."

The Cricket Discipline Commission has announced its decisions in cases brought against Ben Stokes and Alex Hales: https://t.co/XSfbwmV2Zgpic.twitter.com/d5KxJ4hn2d

Hales was also present at the incident, which occurred several hours after England's ODI against West Indies in Bristol, and has been given a six-match white-ball ban, which incorporates a second offence of inappropriate images.

The remaining four matches of Hales' sanction are suspended for 12 months.

"I am relieved today's decision by the CDC means this chapter is now closed and I can move on with my career," said Hales.

"There is no doubt I fell below the high standards expected of an international sportsman and that was the reason for my decision to admit the charges and accept the punishment handed down.

"More than anything, I sincerely apologise for putting myself in a position which allowed these very regrettable incidents to happen.

"The next year is obviously an important one for England. I would love to be part of a squad that wins the World Cup in front of our own fans and I will be doing everything in my power to make that dream come true."