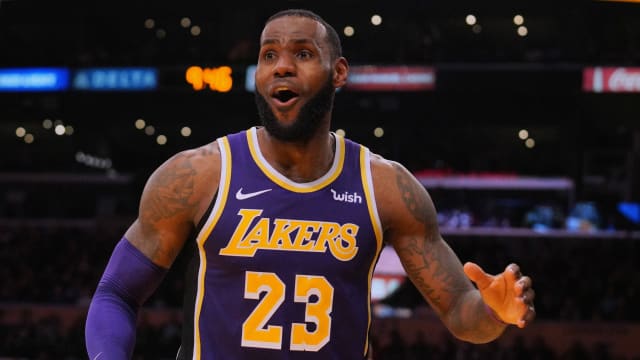 Some say LeBron James looks like he has not aged a day since his rookie year. The San Antonio Spurs are convinced of it.

Why else would they label the 33-year-old three-time NBA champion and four-time MVP as a rookie on the team's game notes?

Los Angeles Lakers superstar James posted an image of the notes for Friday's game on Instagram with a very interesting typo – one that lists James — a 16-year NBA veteran — as a rookie.

James is averaging 28.4 points, 7.6 rebounds and 6.6 assists for the Lakers this season.

Tonight’s game notes here in San Antonio. Am I?!?!? Why does it seem like I know so much this game has to offer for just being a “R”(rookie). . Well means I was taught right and still got so much more to learn. But in the meantime I’m going for “Rookie of The Year”

He certainly could be considered the favourite to win the Rookie of the Year — Vegas will be updating the odds shortly.