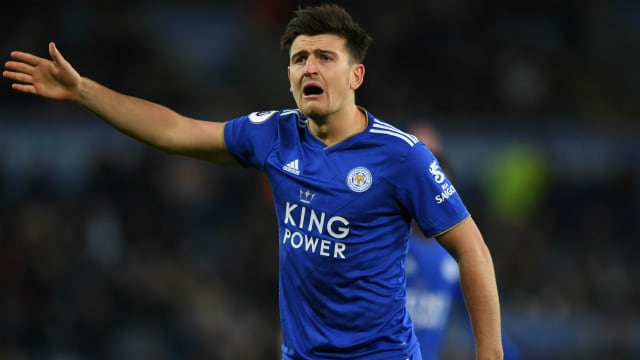 Claude Puel expects a happy Harry Maguire to remain at Leicester City for the remainder of the season, even if there is interest in the centre-back in January.

The England international was strongly linked with a move to Manchester United in the last transfer window as Jose Mourinho looked to strengthen his defensive options.

However, Maguire made clear his intention to remain at the King Power Stadium for the 2018-19 campaign and Puel does not see the player changing his stance in the near future.

"We cannot ever guarantee, but he decided this summer to remain with us, to play a full season," Puel said.

"He is happy with us, he saw the quality of the team, the ambition, his fantastic team-mates, and of course for Harry or other valuable players of the club, it's important to keep our best players until the end of the season and continue this work.

"In the past, Leicester took the right decisions. We saw this with Riyad Mahrez last season also.

"It was important to maintain the squad until the end of the season, and to keep all our players to play and perform."

Maguire has not featured for Leicester since the 1-0 win at Cardiff City on November 3 due to a knee problem but Puel confirmed he is available for Saturday's clash with Tottenham.

Jamie Vardy will not be involved, however, as he is yet to recover from a groin injury that kept the striker out of the 1-1 draw at Fulham in midweek.

"Jamie will not be available. He has a little pain and I hope he can recover and be available for the next game," the former Southampton boss said.

"We have to be careful and respect that he must rest so that he can come back into the squad."