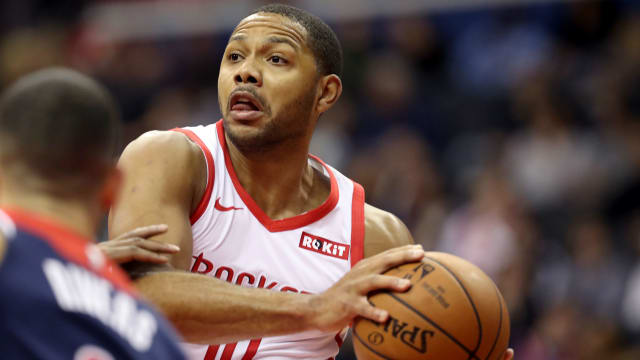 Houston Rockets guard Eric Gordon said he is not having fun amid the team's inconsistent start to the NBA season.

Houston enjoyed a brief five-game winning streak to get back to two games over .500, but have since dropped six of their last eight to fall two games back under.

"Even the times where I have good games. We're just not using some guys the right way. Are we gonna make the right sacrifices? Do we have the right attitude?"​

Gordon added: "Last year was the best year I've ever had being a part of a team.

"We just never had a bad moment. If we ever had a bad game as a team, you knew the next game we would blow somebody out. It didn't matter who it was."​

Gordon has not put up numbers like years past, either. His 15.9 points per game would be his lowest since the 2015-16 season, and the veteran guard's field-goal percentage (36.5), three-point percentage (31.1) and assists per game (1.8) are all the lowest of his career.​

Houston will finish their three-game road trip against the Dallas Mavericks on Saturday.