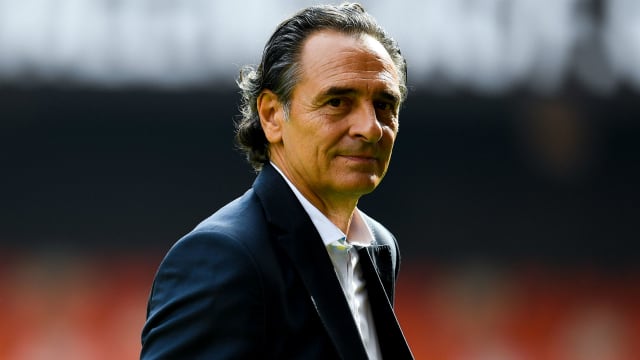 Genoa have confirmed Cesare Prandelli as their new boss to replace Ivan Juric, who lost his job following a shock Coppa Italia exit in midweek.

The Serie A side - who have not recorded a win since September 30 - lost a penalty shoot-out against third-tier side Virtus Entella to tumble out of the competition on Thursday.

Juric was appointed head coach for the third time in two years at the start of October, returning to the role following the dismissal of Davide Ballardini.

However, the Croatian has now been replaced by Prandelli, the former Italy coach's appointment confirmed by the club in a statement released on Friday.

The 61-year-old is back working in his homeland for the first time since leaving his job with the Azzurri after they failed to qualify for the knockout stages at the 2014 World Cup in Brazil.

Prandelli - who has had short spells with Galatasaray, Valencia and Al-Nasr in the past four years - will begin his reign with a home fixture against SPAL on Sunday.