Grimmett, Ashwin, Lillee and the bowlers usurped as Yasir races to 200 wickets 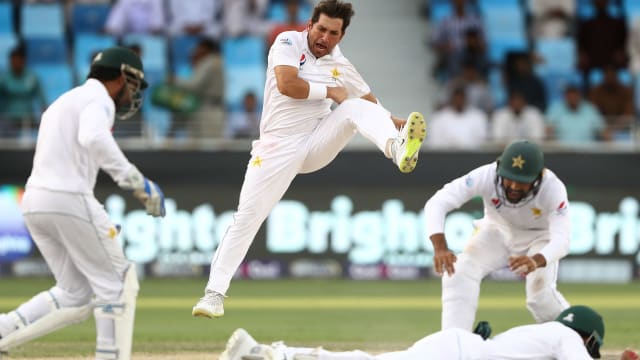 Yasir required just 33 matches to reach the milestone, moving to the top of an esteemed pile after trapping William Somerville lbw early on day four of the third Test against New Zealand in Abu Dhabi on Thursday.

The record had stood for 82 years and Yasir will now hope to remain at the summit for a similarly extended period.

We take a look at the bowlers who previously led the way before the Pakistan star's stunning career.

A leg-spinner like Yasir, Grimmett took over 10 years to reach a double-century of Test wickets, yet the landmark arrived in just his 36th match, against South Africa in Johannesburg in 1936.

Ashwin, the great Indian bowling all-rounder, took nine wickets on his Test debut and he has scarcely slowed since. Number 200 came against New Zealand in 2016.

His record has since been surpassed by several stars, but Lillee retired in 1984 with an all-time high 355 Test wickets. They came from just 70 matches and he required only 38 to reach 200 victims - doing so against Ashes rivals England at the MCG.

Before Yasir, former captain Waqar was the fastest Pakistan bowler to this milestone. He also achieved the feat against the Black Caps, in December 1995.

One of the finest quicks to have played the game, Proteas star Steyn is still involved for his country, eight years after reaching 200 wickets. That achievement came against West Indies in his 39th Test.