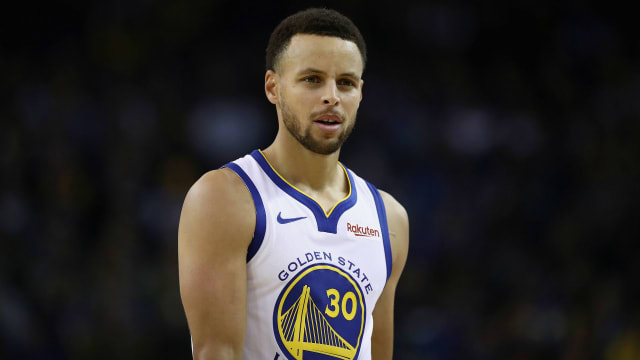 Golden State Warriors star Stephen Curry admitted it was different playing the Cleveland Cavaliers without LeBron James on their roster.

The Warriors and Cleveland have met in the last four NBA Finals but the dynamics of the rivalry changed after James signed a four-year, $153.3million contract with the Los Angeles Lakers in the offseason.

Curry discussed facing the James-less Cavaliers after the teams matched up on Wednesday for the first time in 2018-19, with the Warriors winning 129-105.

"It was a historical battle, I think, in terms of how people will look at those four years, when it's all said and done," Curry said, via the Mercury News. "Obviously, great memories and tough memories in this building [Quicken Loans Arena].

"I'll definitely sit back on the couch in 10-12 years, when it's all over, and think about what it was like to play here and how high the stakes were every time we came into this building."

The Cavaliers have struggled without James and hold a 5-19 record after falling to the Warriors. Curry tallied 42 points and knocked down nine of his 14 three-point attempts in the win.

"It was one I really didn't think about how different it might be, considering all the battles we've had in the last four years here," Curry said about facing the Cavaliers without James. "It was a little weird. Just try to keep the energy up and focus on how we're playing … Just an odd night all the way around."

Kevin Durant added 25 points for Golden State in the victory while rookie Collin Sexton chipped in 21 for Cleveland in the losing effort.