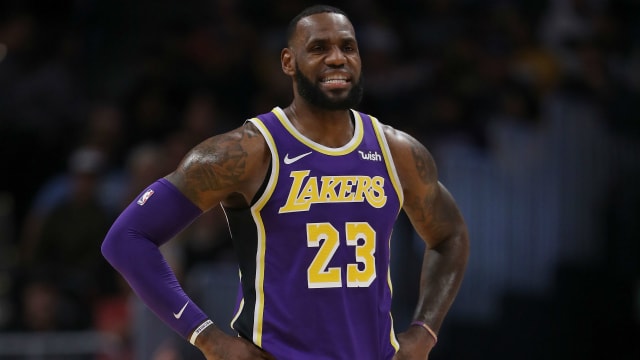 LeBron James has no qualms with Magic Johnson and Kobe Bryant expressing their fears over his usage, even if the Los Angeles Lakers star is happy to take on the bulk of the workload.

The Lakers are trying to manage the 33-year-old's time on court with a view to keeping their off-season recruit fresh.

President of basketball operations Johnson is mindful that there is not an over-reliance on the former Cavaliers forward, having suggested there was too much expected of him in Cleveland.

Those comments were followed by fellow NBA legend Bryant offering his view that James "doing everything" was "not the recipe for winning championships".

James insists he sees where both Johnson and Bryant are coming from as the Lakers try to develop the likes of Lonzo Ball, Brandon Ingram and Kyle Kuzma around him.

"I don't know what asking me to do too much is, to be honest. I just play my game," said James.

"I understand the logic behind it. I understand what Magic and Kobe are saying because we want to continue to grow the young guys. We want to see how much our young guys can grow and be the best they can be."

James is averaging 34.7 minutes per game and is on course for a career low.

However, the 16-year veteran played all 82 games for the first time in his career last year during the Cavs' run to the Finals.

"I don't stop. I can do whatever. I played a Game 7 of the Finals [last season] and I near played every minute of it. Last year I played every single game.

"You can slice it how you want but I understand what Magic and Kobe are saying.

"We have to continue to develop these guys because, if we don't, then long term what does that do for our franchise?"