Lakers can win championship even without second star, says Walton 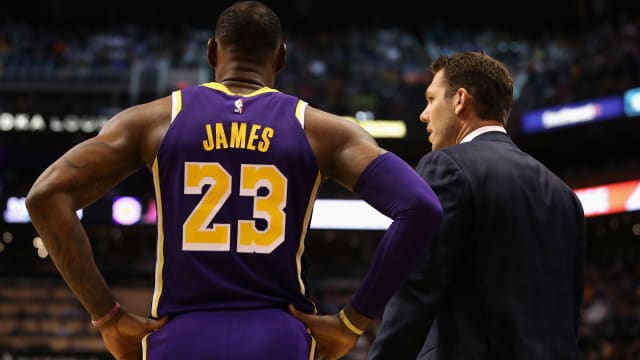 Luke Walton does not think the Los Angeles Lakers need to add another impact player to win a championship.

Los Angeles are reportedly planning to try and acquire a second star this offseason to pair with LeBron James.

But Walton, the third-year Lakers coach, told reporters he believes the team are still capable of winning a title if that does not happen.

"We've got a lot of work to do," Walton said on Wednesday (via the Los Angeles Times).

"But … absolutely [we can win a championship]. This group, if we continue to grow together and go through what teams go through and our young players continue to get better at the rate they have in their short NBA careers, absolutely."

James left the Cleveland Cavaliers and signed a four-year, $153.3million contract with the Lakers.

The four-time MVP has averaged 27.8 points, 7.7 rebounds and 6.7 assists in his first season in Los Angeles.

The Lakers will face the San Antonio Spurs on Wednesday. They will carry a 14-9 record into that matchup.