Mike McCarthy fired: The highs and lows of his 12-year Packers reign 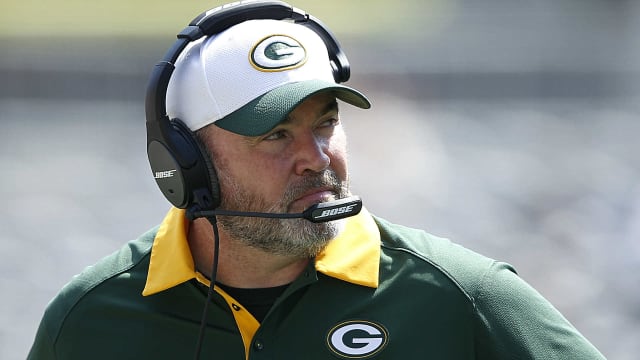 McCarthy leaves Green Bay just a few games shy of 13 seasons with the franchise but remains the longest-tenured head coach in Packers history and tied for third among the the longest-tenured current coaches in the league, behind the New England Patriots' Bill Belichick (18 seasons) and the Cincinnati Bengals' Marvin Lewis (15).

McCarthy went 125-76-2 during that time with a winning percentage of .621, but things unraveled as the Packers struggled to a 4-7-1 record through the first 13 weeks of this season.

Here are some of the highs and lows from McCarthy's run in Green Bay:

McCarthy joined 'Curly' Lambeau, Vince Lombardi and Mike Holmgren as the only coaches in the organisation's history to win a championship when the Packers defeated the Pittsburgh Steelers, 31-25, in Super Bowl 45 at AT&T Stadium in Arlington, Texas, after the 2010 season.

Quarterback Aaron Rodgers got most of the credit for the win as he threw three touchdown passes and led the team to its first Super Bowl in 14 years, earning MVP honors along the way. But McCarthy still garnered some of the praise as the Packers became only the second No. 6 seed to win the championship.

McCarthy was so sure his team would win that he had his players fitted for championship rings the night before the big game. Talk about a bold move.

McCarthy's lone Super Bowl win did not come easy, as the Packers went 1-3 in NFC championships with him at the helm. Despite guiding the team to eight consecutive playoff appearances from 2009-16, his accomplishment is overshadowed by his inability to close the deal.

The team's losses came in 2007 to the New York Giants, 2015 to the Seattle Seahawks and 2016 to the Atlanta Falcons, though the loss at Seattle arguably was the most painful considering Green Bay held a 19-7 lead and possession of the ball with five minutes remaining before the Seahawks completed a stunning comeback in overtime.

McCarthy never recovered and never made it back to a Super Bowl.

3. Consistently in the mix

While the Packers' playoff record under McCarthy was not the best, they were consistent performers - up until recently, at least - in the regular season.

In eight of his 12 completed campaigns in charge, Green Bay managed 10 or more victories in the regular season, winning the NFC North six times as a result. After the first of those successes in 2007, McCarthy was named NFL Coach of the Year.

Their best regular season came immediately after their Super Bowl success, as they racked up an outstanding 15-1 season in 2011, only to then be beaten by the Giants in the divisional playoffs.

A host of dramatic fourth-quarter comebacks over the years included a thrilling win over divisional rivals the Detroit Lions en route to the 2015 NFC North crown, which came courtesy of a famous Rodgers Hail Mary pass.

McCarthy's fate was sealed on Sunday with a 20-17 loss to the Arizona Cardinals in perhaps the worst regular-season outing of his career.

Lowly Arizona entered the Week 13 matchup at Green Bay with a 2-9 record, while the pressure was on the Packers to keep alive their narrow post-season hopes. But a combination of missed opportunities and drops left Green Bay helpless as the Cardinals managed their first win on the road in nearly a month thanks to a late Zane Gonzalez field goal and a missed attempt by Mason Crosby as time ran out.

It was a third straight defeat for the Packers and put the last nail in the coffin for McCarthy.