Ozil out of North London derby, Alderweireld on Spurs' bench 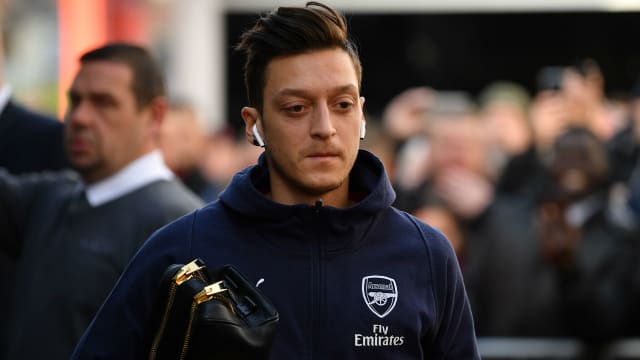 Arsenal midfielder Mesut Ozil will miss Sunday's North London derby against Tottenham due to a back injury suffered in training.

The Gunners confirmed the news shortly after they announced their starting line-up, which features Henrikh Mkhitaryan, Alex Iwobi and Pierre-Emerick Aubameyang, with Aaron Ramsey and Alexandre Lacazette among the substitutes.

Spurs defender Toby Alderweireld started the midweek Champions League win over Inter but he is only on the bench, along with Lucas Moura and Danny Rose.

Son Heung-min and Christian Eriksen have been restored to the starting XI but there is no place in the matchday squad for Erik Lamela, who suffered a thigh injury against Inter.

Now let's get your predictions...