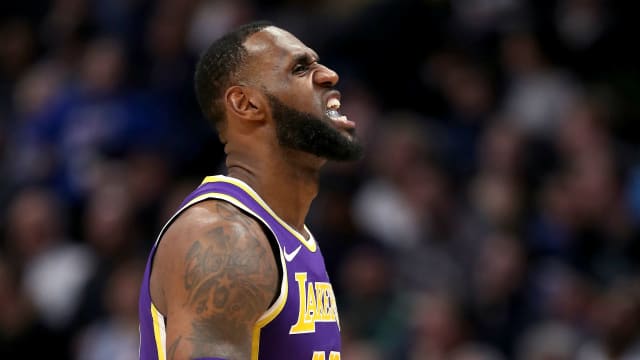 The Los Angeles Lakers handed the Phoenix Suns a 120-96 pounding at Staples Center, extending their winning streak to three games in the NBA on Sunday.

Considering they trailed by as many as 17 points in the first half, it was surprising the Lakers beat the opposition by 24.

LeBron James scored 22 points, grabbed six boards and dished out eight assists in 31 minutes. Kyle Kuzma had the hot hand in the first half, scoring 18 points in just 17 minutes. He led all scorers in the game with 23 points.

Rookie big man Moritz Wagner scored his first NBA points late against Phoenix. He has been limited to four games this season because of a knee contusion he suffered back in October. After getting his first two points at the charity stripe, he knocked down two three-pointers en route to his mark of 10 fourth-quarter points.

The 14-9 Lakers are sixth in the Western Conference, and they will look to pick up more steam at home when they take on the San Antonio Spurs on Wednesday.

Hassan Whiteside scored 23 points and grabbed 20 rebounds in a 102-100 Heat victory over the Jazz.

DeMar DeRozan had a season-high 36 points on 13-of-27 shooting for the Spurs to counteract a 37-point performance from Blazers guard Damian Lillard, resulting in a 131-118 win for San Antonio over Portland.

Kemba Walker played a team-high 33 minutes for the Hornets, but was only six-of-15 shooting. He missed all six of his three-point attempts in the game, totalling 13 points.

Marc Gasol was four-of-14 shooting in the Grizzlies' 103-95 loss to the Sixers. He played a team-high 38 minutes and Memphis were minus-12 with him on the court.

The Hornets may have lost to the Pelicans, but Miles Bridges wowed the crowd by slamming home off the backboard alley-oop from Malik Monk.

Dennis Smith Jr. used his vertical to make up for the seven inches he gave up to Tobias Harris, blocking this potential game-tying shot at the end of regulation.

Denver (15-7) are just half a game back from the first-placed Clippers in the Western Conference. Meanwhile, the Raptors (20-4) are the clear favourites in the Eastern Conference. The young core of the Nuggets will have to bring their best to challenge the likes of Kawhi Leonard and the rest of Toronto's talented roster.