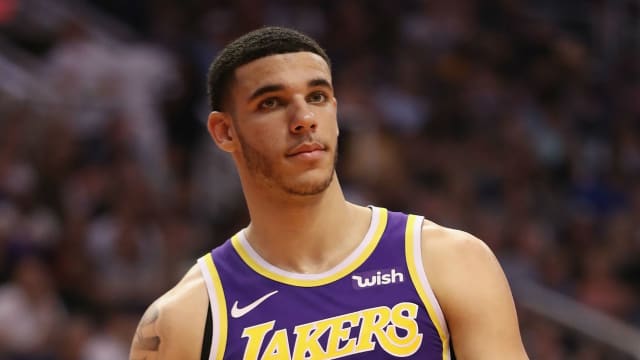 Lonzo Ball insists he will be back playing for the Los Angeles Lakers later this week despite spraining his ankle at the Denver Nuggets on Tuesday.

The Lakers guard left his team's 117-85 defeat in Denver early in the third quarter and coach Luke Walton said Ball sprained his "left ankle pretty good" after stepping over Monte Morris in the first half.

Ball initially tried to play on and revealed afterwards that it was the coaching staff who decided to make the change, adding of LA's next game against the Indiana Pacers: "I'm playing Thursday."

He said: "I wanted to play. The coaching staff thought it was better for me to take a rest, so that's what I did. I gave it a go and I guess I wasn't moving good enough for them, so they just pulled me."

Team-mate LeBron James was frustrated to see Ball depart at the Nuggets, particularly with Rajon Rondo, the team's other point guard, already sidelined with a broken hand.

"The way that we play, with the pace that we play at, it's tough to lose anyone from point guard, let alone having both of them out," James said.

"[Ball] has just turned his ankle on a weird play. I think it was Morris who was on the ground and he just didn't see him, stepped on his foot and rolled his ankle pretty good.

"He was playing some good ball up until that moment, so it was hard."