Ancelotti: Atalanta away will be tougher than Liverpool 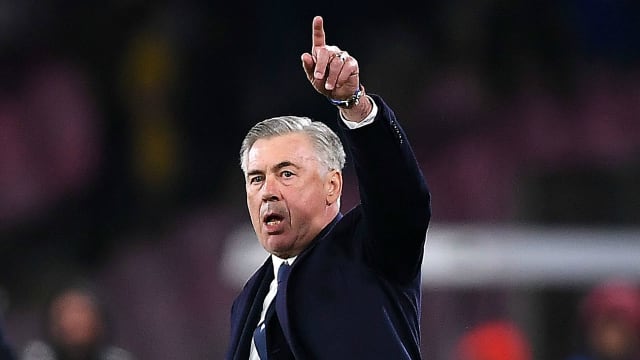 Carlo Ancelotti cheekily claimed that Napoli's top-flight trip to Atalanta would be "more difficult" than their crunch Champions League clash with Liverpool.

Napoli beat Red Star Belgrade 3-1 at the Stadio San Paolo on Wednesday to go top of Group C ahead of a final showdown with the Reds at Anfield, while second-placed Paris Saint-Germain take on the Serbian outfit.

Avoiding defeat against Jurgen Klopp's side – who are unbeaten in the Premier League – would see them through, but the Italian club could still be shunted into the Europa League qualification spot.

Ancelotti, though, is confident his men will get the job done and has more pressing concerns over the next Serie A match against mid-table Atalanta.

"We must go there with courage and play," said Ancelotti regarding the trip to Merseyside. "Now let's think about Bergamo, which is more difficult than Liverpool."

Marek Hamsik's first goal of the season turned the game against Red Star in Napoli's favour after just 11 minutes, and a brace from Dries Mertens put them 3-0 up inside 52 minutes.

The visitors rallied in the second half, scoring through El Fardou Ben, but Ancelotti was unconcerned by the way his side's superb first-half performance trailed off somewhat in the final half an hour.

"I'm satisfied," he said. "We played with great intensity for 60 minutes, then there was a physiological decline, which was inevitable.

"The goal [for Red Star] could have been avoided immediately. But we cannot be doing maths when we go to play Liverpool.

"We have shown our qualities, we have an advantage that makes us proud. We are leading the most difficult group of the Champions League."