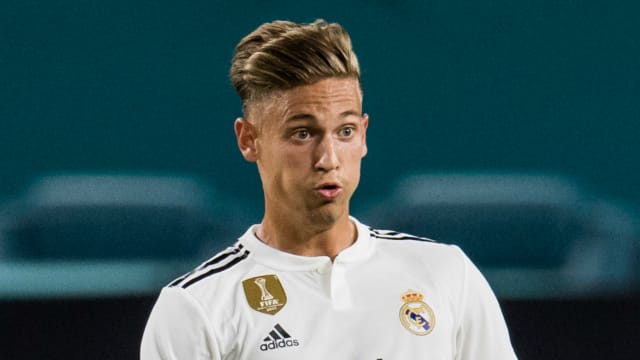 Marcos Llorente was "spectacular" in Real Madrid's 2-0 win at Roma, according to team-mate Lucas Vazquez.

And the 23-year-old gave a mature performance at the base of the Madrid midfield as second-half goals from Gareth Bale and Vazquez earned victory at the Stadio Olimpico on Tuesday.

Llorente completed 91.1 per cent of his passes, a higher accuracy rate than team-mate Luka Modric, and Vazquez was full of praise for the academy product.

"Llorente has played a spectacular match," Vazquez said after scoring his first goal of the season.

"It was not easy for this match, he had a lot of personality and a lot of enthusiasm. We have to be very happy with him.

"The matches are getting more difficult, this was very close and could have been won by anyone. The [first] goal gave us confidence."

Champions League holders Madrid bounced back from a 3-0 loss at Eibar last time out in what was their first match since Solari's permanent appointment.

"The important thing was to recover sensations after a very bad game in Eibar," Vazquez added.

"I think we have competed very well, we have played as a team both attacking and defending.

"I'm very happy with the goal, I really wanted to score to dedicate it to my son."