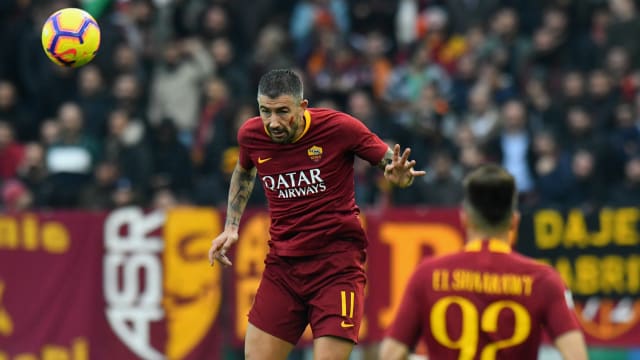 Aleksandar Kolarov responded to recent criticism of Roma's performances by asserting football fans know nothing about the game's intricacies.

In the lead up to Tuesday's Champions League match up with Real Madrid, the Serbian defender was quick to rubbish those doubts in response to whether an improvement can be guaranteed.

"I don't have to promise anything to anybody, only to myself in terms of working hard and giving everything, and that's what I have always done since I started playing football," Kolarov said.

"The fans have a right to be annoyed, we respect that, but they must be conscious of the fact they know nothing about football.

"I like tennis and basketball. I have played both since I was a kid and I get angry when my team loses, but I would never offer tactical advice because I have no idea about it. It's a general problem, fans of every team should understand that."

With Saturday's loss, the Giallorossi now sit 22 points off Serie A leaders Juventus in seventh, with five wins in the opening 13 games.

Progression to the Round of 16 in the Champions League looks all but assured, but according to the Roma coach, only commitment matters.

"In my opinion it's not just tomorrow, it's something that should always be: always give your all for the shirt that you wear," Di Francesco said.

"There will be 65,000 fans there because Roma have done well in the Champions League. It's normal that they're angry, I am too.

"They shouldn't ask me for formations, but for commitment and seriousness."