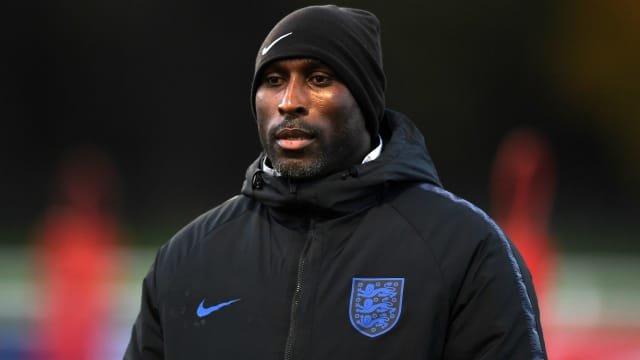 Sol Campbell has been appointed as the new manager of League Two strugglers Macclesfield Town.

The former Arsenal and England centre-back has taken charge at the Moss Rose on an 18-month contract, the club announced on Tuesday.

It is Campbell's first management role since he retired from playing in 2011.

The 44-year-old takes over from Mark Yates, who was sacked in October after failing to win any of his first 12 league matches in charge.

Campbell spent nine years with Tottenham before making the controversial switch to north London rivals Arsenal, where he became a mainstay of the defence under Arsene Wenger.

He won two Premier Leagues and two FA Cups with the Gunners and was a key part of the 'Invincibles' side of 2003-04, which went through the entire 38-game league season unbeaten.

Campbell then won a third FA Cup with Portsmouth before ending his career with Newcastle United, after brief spells back with Arsenal and Notts County.

Wishing you all the very best with @TheSilkmen, Sol pic.twitter.com/qvvli8Nbqq

Campbell, who won 73 senior caps for England, spent part of this month working with the Under-21 side at St. George's Park.

"To this day, Sol is regarded as one of the best English defenders of his generation and we are delighted to announce him as our new First Team Manager," Macclesfield said in a statement.

The Silkmen are bottom of League Two after 19 matches, seven points from safety.