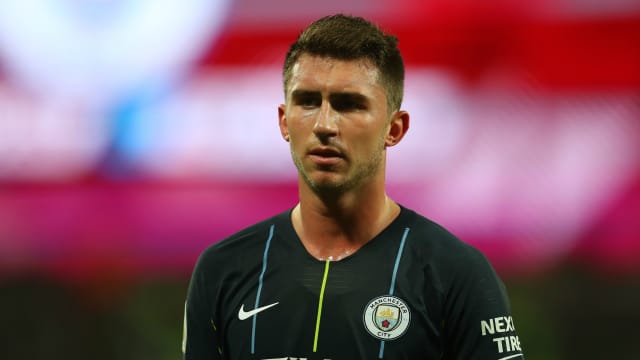 Aymeric Laporte says Manchester City will be out for revenge when they take on Lyon in the Champions League.

City suffered a shock home loss against Lyon on day one of the group stage but a draw at Groupama Stadium on Tuesday would seal their place in the next round.

Lyon are the only side to have beaten City in any competitive game since April and Laporte admits making up for their September defeat is on his mind.

"After each loss, we want revenge but we're coming up against one of the biggest teams in Europe," Laporte told a news conference.

City are aiming to reach the final of the Champions League for the first time and Laporte acknowledged success in the competition is a goal for Pep Guardiola's side.

"It's obviously an objective," the centre-back added. "I learn day by day and I have Pep's confidence. We continue learning from him to achieve our objectives.

"The Champions League is one of the biggest competitions out there, but it won't be easy for us because we will come across some of the greatest teams in the world.

Laporte is yet to be capped by France, with World Cup-winning coach Didier Deschamps opting for Adil Rami and Mamadou Sakho in the last international break.

But the defender denied having the chance to impress on French soil will be a motivation for him in Tuesday's gam.

"I play at Manchester City," he continued. "I try and give performances for them game after game.

"The objective is to give high performances for Manchester City, today, tomorrow and in the future."

City have travelled without Ilkay Gundogan, Gabriel Jesus and Bernardo Silva, the trio all missing out through injury.