Foakes will keep gloves over Bairstow but Bayliss welcomes competition 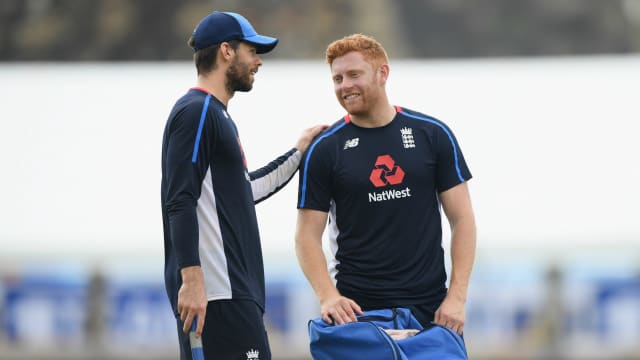 Trevor Bayliss says Ben Foakes' performances in Sri Lanka will see him keep the gloves ahead of Jonny Bairstow but insists competition for places can only be a good thing for England.

Bairstow missed the first Test due to an ankle injury suffered while playing football in training and was kept out of the side for the second by Foakes' brilliant debut display in Galle.

The Surrey man made the most of his chance with a century and his final tally of 277 runs was the most of any batsman in the series, while he won plaudits for his work behind the stumps.

Bairstow has made little secret of his desire to regain his spot as wicketkeeper and responded with a hundred after returning to the team to bat at three in the final match in Colombo, where he won the Man of the Match prize.

Head coach Bayliss is happy with the depth at England's disposal but added that Foakes – who was named Man of the Series – has the gloves for now.

"We don't want it to put any undue pressure on other people. It does keep the guys in the team in some of those positions on their toes," he told Sky Sports.

"In the long run for England, that's a good thing, when you've got competition for places and you've got depth. Even Jos Buttler wants to keep.

"The way Foakes has gone in this series, he'll definitely be there for the next one.

The player or the match with the player of the series!

The series was the first since 2006 without former captain Alastair Cook, who retired from Test cricket in September.

Rory Burns was chosen to open with Keaton Jennings and, while England may have secured the whitewash, Bayliss says neither player has nailed down their spots.

"I don't think so. Statistics will tell a story there," he added.

"They're both still young in the Test game. Their character has been exceptional at times but, for everyone in the [team], making runs and taking wickets are what counts."