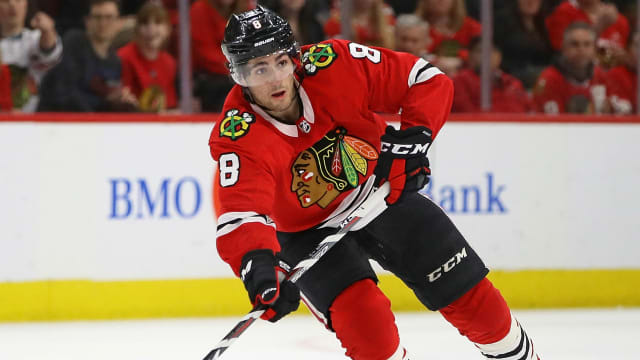 The Chicago Blackhawks and Arizona Coyotes completed a three-player trade on Sunday.

All three players involved in the deal were former first-round picks.

Strome has tallied three goals and three assists in 19 games this season. The 21-year-old, who made his NHL debut in 2016-17, has scored seven times in 47 career games. Perlini has record six points in 21 appearances in 2018-19.

OFFICIAL: #Coyotes Acquire Schmaltz from Chicago in Exchange for Perlini and Strome https://t.co/u5b5avWFG4

BREAKING: The #Blackhawks have acquired forwards Dylan Strome and Brendan Perlini from Arizona in exchange for forward Nick Schmaltz.

Schmaltz has spent all three of his NHL seasons with the Blackhawks. He registered a career-high 21 goals and 31 assists in 2017-18. The 22-year-old has racked up 11 points this season.