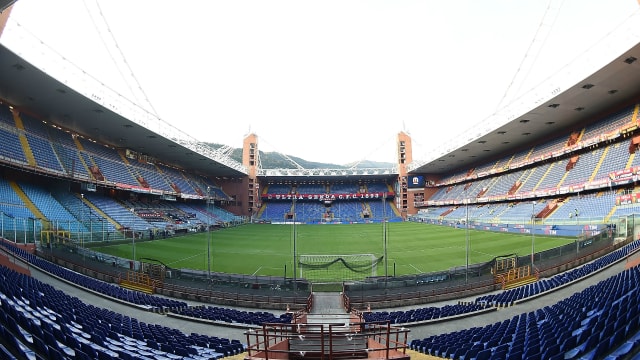 The city of Genoa has offered to host the second leg of the Copa Libertadores final between bitter Argentinian rivals Boca Juniors and River Plate.

The conclusion of the first Superclasico final in Copa Libertadores history was initially planned for Saturday, but an attack on Boca's team bus led to a delayed kick-off and subsequent postponement.

CONMEBOL planned for the game to go ahead on Sunday but it was again postponed, with no new date or venue yet confirmed by South American football's governing body.

But a potential solution has been suggested by Genoa, with the Stadio Luigi Ferraris put forward as a possible host venue for the match.

Boca were founded by immigrants hailing from Genoa, while one of the clubs that merged to form River also has strong historic links with the Italian city.

Genoa is recovering as a city following the collapse of the Morandi Bridge, which resulted in the deaths of dozens of people in August.

"We would be very proud to host important clubs like Boca and River in our city by welcoming them in what, in some ways, is also their first home," said the city of Genoa's sports director Stefano Anzalone.

"It would also be a further opportunity to give international visibility in Genoa at this time of difficulty and to renew the profound sense of friendship that historically unites us with those societies."

A meeting will be held on Tuesday to determine a new date and venue for the second leg of the Copa Libertadores final.

River scored two equalisers in the first leg at Boca's La Bombonera stadium to leave the Superclasico in the balance.